It’s been some time I am talking about what I think of automation and “push-a-button” solutions to my newsletter subscribers.

But that’s the position I took! I swore I would tell you all the truth about FEA and it includes of course the traps of the FEA software industry you shouldn’t fall in…

Automation and “Push-a-button” are one of those traps…

This time, I decided to record the audio as well :)
(I tried to speak slowly and articulate… but that doesn’t change the fact that I am French… ;-) )

It is tempting to want automation for your FEA process

It’s always a very tempting to automate something and I admit myself that I like very much automation !

When I have some repetitive tasks that I have to do, if there’s a way to automate those tasks then of course I’d like to find this way in order to do it 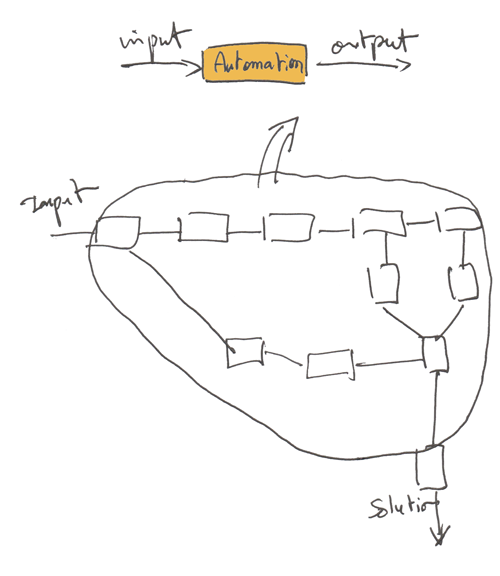 Every task, every process, and especially in simulation, is very specific to the type of model that you have, the type of industry, the type of…

A lot of things are involved in your project and that’s why it’s something complex !

So why am I talking about automation today ?

There are different kind of Automation in FEA

There is good automation and there is bad automation you can say… (and also a mix of both ;-) )

Let me explain what I mean by that!

FEA Software are complex tools for engineers with many functions… that can be overwhelming!

Now… for those who just start to use such kind of software for the first time, this is very overwhelming ! 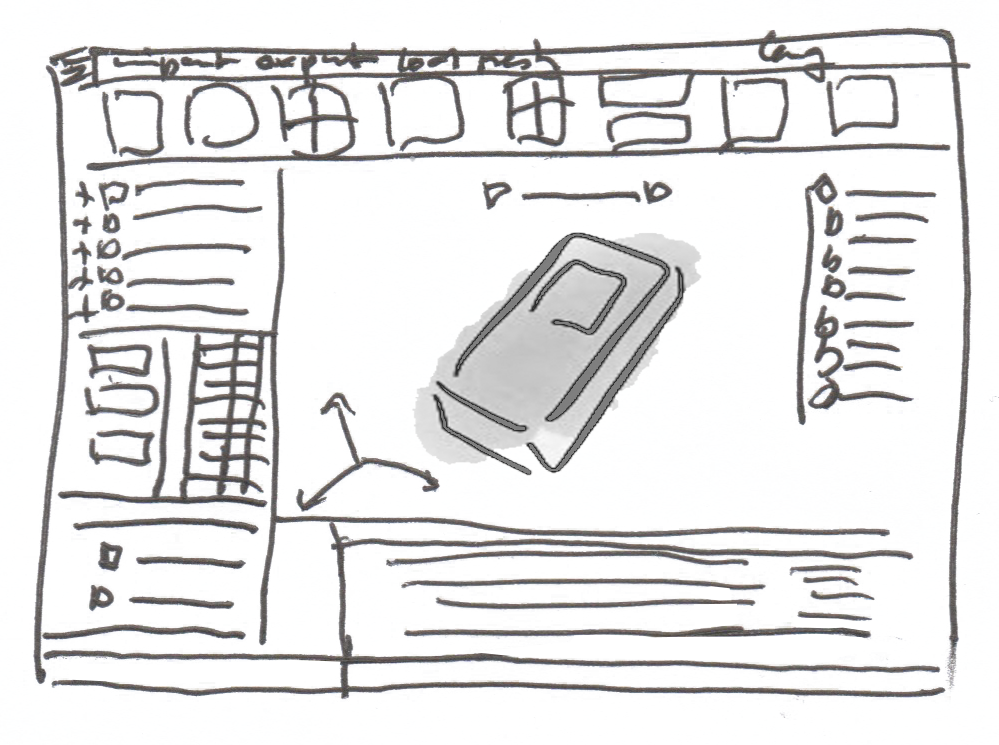 When, for the first time, you see this software with all those functions everywhere and you don’t know where to look at, it’s actually natural to be overwhelmed!

So you start doing a few tutorials, but you soon realize that actually it’s much more complex than you thought and that it requires a lot of repetitive learning, doing a lot of tutorials, a lot of focused efforts in order to get something that works and to understand the real thing

The things is that…

This is also a big problem for people who actually sell the software (Marketers), because they would like to have much more users

And they would like also of course to sell much more licenses of their software!

How marketers “solve” the FEA software complexity with automation…but do they really?

One of the problem for them is that the software is very complex, so it’s an usual barrier for the people to say « oh I have no one in my team who knows how to use this software so I cannot buy it »

So one of the things they have found in order to make those kind of people purchase the software is to tell them « don’t worry everything is automated, you don’t really need to know how to use all the functions, most of the functions can be performed just by pushing a button »

How is such push-a-button automation done?

Well… they basically develop features that automate a process which is problematic for the user.

The problem with that is that the complexity is only hidden behind the automated algorithm and many of the decisions that are critical to the accuracy of your simulation are reduced to a simple choice that the algorithm is doing for you inside a blackbox.

It’s convenient for them, because you don’t get to see HOW the algorithm operates and it may sometimes do some wrong operations that you wouldn’t even be aware off.

The trap of the hidden complexity

My point is that there is 2 types of complexity. There is the complexity due to engineering and the multitude of choices that you have to take… and there is the “hidden” complexity that you don’t see which makes everything look “easy”.

After all, if everything was so easy, why does the algorithm often doesn’t work, get errors or gets it wrong?

My take on that is that if at least you have the options inside your software to take manually the commands, then you do have a certain control over your model and results.

The real problem is when you don’t have those options… and the automated push-a-button solution does everything behind your back… and fails, sometimes without even telling you something got wrong… 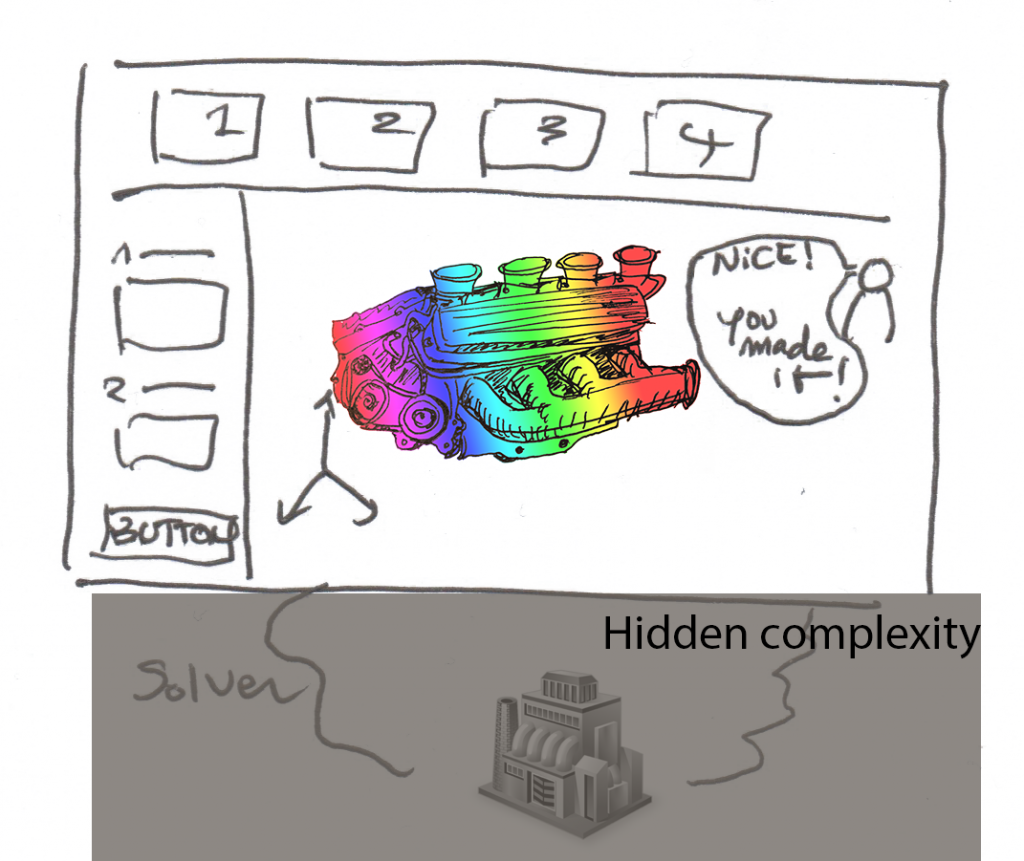 Do you see what I mean now?

But what they are actually doing is just hiding the complexity away from you.

The problem is that you shouldn’t fall into the trap to think that this is the truth!

I mean, it look more easy because you can theoretically do something very complex just by pushing a button

When you get down to the real task and project, a lot of those automated functions may not be suitable for your project!

Because imagine… if you have an automated function that is supposed to work for every project well as I discussed at the beginning this kind of function is not ultra-specific to your specific project or industry, it has to be very general to suit almost every type of projects

Then, they get the results and get something that looks correct and a lot of data

So what’s the problem with that?

The problem of data accuracy

Then it becomes very difficult to actually tell if those data are correct or not!

So when you have no time, you’re in the project and someone ask you « Hey! Can you do a simulation? »

And then in a few steps you get something done, you click, you get some colors and then you do a report…

That can be done very quickly!

…but you know, this kind of behavior is not the behavior of someone who is responsible!

Related article: The dangers of bad accuracy in FEA

Simulation is ultimately about engineering!

It’s about understanding what is REALLY happening behind the physics that is involved into what you want to simulate!

You should understand what is behind those nice words and really get down to the real engineering thing in order to understand and solve correctly and accurately your engineering problem!

And if someone tells you that you don’t need all that… don’t believe him…at best this guy is not an engineer (not everyone has this change ;-) )…at worst, he is trying to convince you to buy his software…

Ok, that’s all for today! That was a hell of an article ;-) and I sincerely hope that you enjoyed it!

Let me know if it helps you in ANY way, it always makes me happy to know that I am helping engineers to become better and better in FEA simulation.

The world needs REAL engineers, that’s why I am doing all that.

If you like that article, you can also help me by sharing it with your team or with your network on Linkedin, a sincere THANK YOU for helping me to spread good practices of engineering!

Today, I am starting again doing simple tutorials of Ansys! I decided to start with a very simple linear static...