When we realise the huge investment required to use a commercial FEA software package, we all naturally think about using Open-source FEA software to solve the same problems for free… but is it so easy?

What is an Open-source FEA software by the way? How does it work?

That’s the question I’ll try to answer in this video and article.

Well, first… A software developed by a private company belongs to that company

Which means that they can do whatever they want with it.

It’s up to the company to choose what kind of problems it will solve, what kind of capabilities it will have and how the software will actually evolve.

If the company earns money and grow, a part of it will be reinvested into the software and it will improve…

But if the company doesn’t succeed in commercialising its software and can’t make it profitable, well… it might as well end up as a dead project…

(Sad to say, I know… but true… how many good software from the past have disappeared or have been purchased by bigger companies to be turned into the shadow of what they were??)

The philosophy of an open source software is that it is developed by a community of engineers who have all a common interest into providing more advanced tools and developing together the current tools available.

Just think about wikipedia, which is also an Open-source based platform.

Everyone can contribute to improve the articles on Wikipedia and it becomes better and better every day! 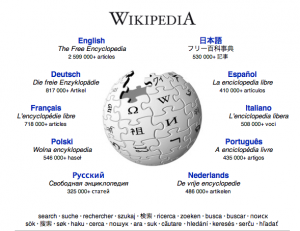 It’s the same with Open-source FEA codes… they have been developed around a common basis of knowledge and remain open to new improvements by the community.

(Open-source software also have a license, so how you use them has still to comply with it…I’ll talk about that in the next article)

What are the advantages of using an Open-source FEA code?

Well, the first one (which is obvious) is that it is available in open access to everyone… for free.

The second huge advantage is that it runs natively on a linux machine and uses as many cores as you want to calculate very complex problems that require a lot of computational power.

So, why isn’t everyone just using Open-source FEA software if it is so powerful and free?

Also they are free to use, yes…

But they aren’t easy to use… far from that.

Especially if you find already that a software product like Ansys is complex, Open-source FEA is probably not for you…

This is probably the main advantage of a commercial FEA software package.

It is made to be usable almost “out-of-the-box” (well, in theory…)

Private companies put a lot of money into delivering FEA software products with a good graphical interface  and a lot of automation tools that simplify the process.

(There are good aspects and bad aspects to that as well, of course. Read this article about Automation if that interests you)

Now, the question you are probably asking yourself is…

Why are Open-source FEA codes so difficult to use?

Like the name implies, the source code is open, so that’s almost exactly what you get ;-)

A lot of source code files… 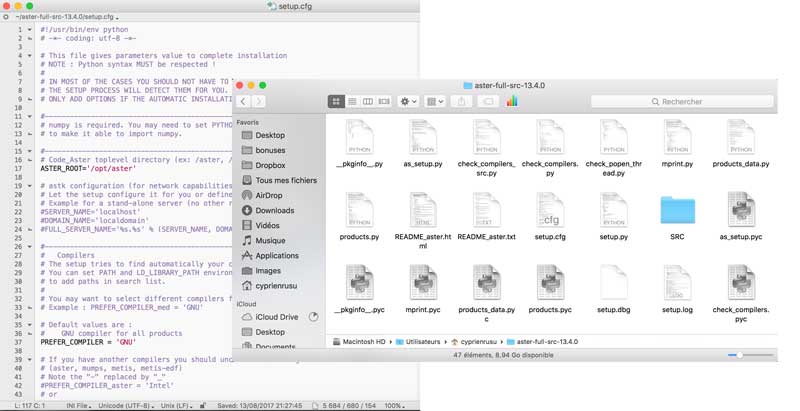 Note: Some Open-source software DO come with an executable too… so you will have to search first if that executable exists ;-)

What is a source code and where does it actually come from?

Let’s come back to the very basics… what is a software?

(FORTRAN is more a language of the past, but still used a lot in the engineering community)

This is done using a compiler such as GCC, GNU (or many others)

Then and only then can it be executed and provide some results. 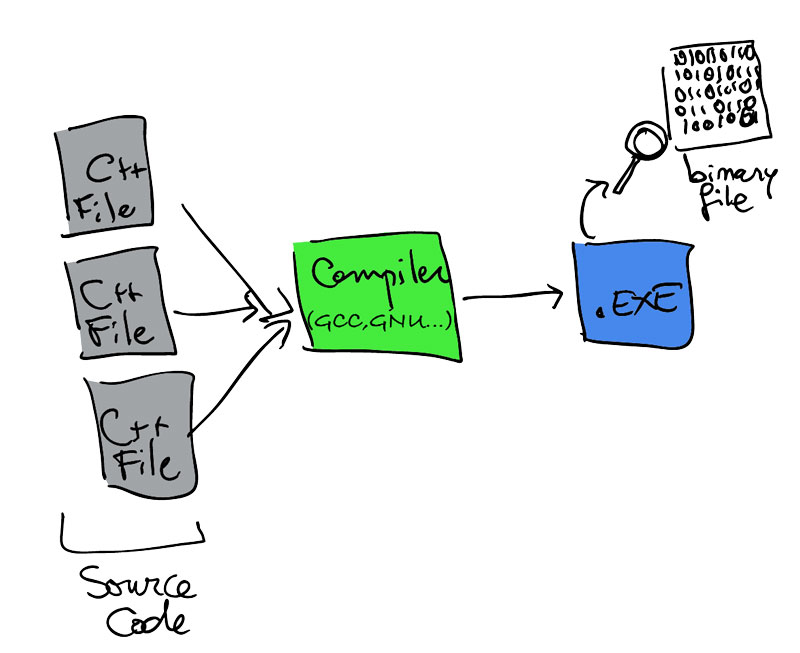 Higher level programming languages such as python don’t need to be compiled and can be read directly line by line by an interpreter program, that’s the advantage, but they are much slower in terms of computational speed.

… Back to open source software

What you often get when you download an open source software is a bunch of C++ files that you need to compile yourself ;-)

So… you get the source code, and it’s up to you to transform it into a software which  can perform the function you want

Try yourself if you have time, this is a very educational experience ;-)

Code Aster is an open source FEA code developed by EDF since 1989. It is under license GNU GPL since 2001. The core of the software is in FORTRAN while the modules are coded in Python language.

In the next posts, I’ll explain how to install code aster and use it for you FEA projects

CAD formats: Which one is the best for CAE?

I love to answer questions from the readers of my blog… especially when they are good. This one is about...